SO the workouts have been pretty OK this week.

Monday I had a teeny tiny Swim and then a 3 miler that went OK.  It was cold, and the whole running while wet I’m not always a fan of, but it worked out fine.

Tuesday was a bigger swim…which I kindly saved for the afternoon.  It was a perfect Florida afternoon. 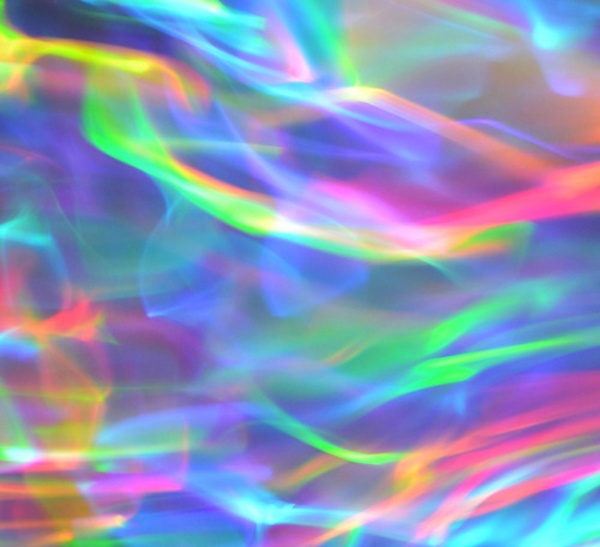 This image is kind of what I saw in the pool…  it is done by an Erin O’Malley.  If you like it click here….

The water was making little prisms all over.  I had some time to mull over my work situation.  I do not mind my job but the stress level recently is at a 5-10 alarm chili level and there is not a lot to fix the problem.  I have one major obstacle in my way which is a person who is not playing nice in the sandbox…and without her I can not proceed to fix a huge problem.  So that has been weighing on me and affecting everything.  Sadly for Sand Box Bully…I’m kind of done with her.  After 2 years, no matter what she does this week, I will forgive but won’t be able to forget that she could not get out of the way to facilitate a process which will happen anyway…It’s one of those we can do this the hard way, or we can make this incredibly arudous and painful for everyone involved…She has chosen the latter.

After the swim, I had weights.  I admit again like last week- less than stellar weights performance.  I think next week I will swim before work and then do weights afterwards splitting the two.  I did 2 super sets of exercises that went well so in total 6 sets of stuff, but typically I like to do 3-4 Super sets of 3.  So I will be doing some sets tonight as well as on Friday.

Wednesday was pretty great!  I had a tempo run.  I was super nervous because last week I messed up my tempo run.  Yes, I ran hard but my pacing was so off that my tempo run ended up being the same speed as my seven miler- so clearly…an issue.  This week, the speed dropped by about half a minute.  I still had some pacing issues, but it was better.  Post work I did a 50 minute spin out on the spin cycle, and some foam rolling.

Now…If I can figure out my Heavy Load with work. I have literally started to look at other jobs.  I need to inform the Senior Leadership.  I’m just so sick of this, we’ll see what happens in the next few months.  I’m really not one of those live to work passionate people.  I am a work to live passionate person- all I really want to do is enjoy our sunshine outside…not be locked in an office with multiple statistical numbers which are not being used by anyone anyway!