And the Bad-assery continues to fade

This morning I had a swim. 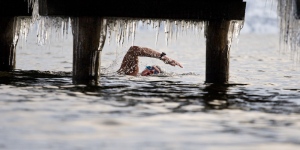 Even though the air temperature was warmer, doing the swim at 6am with a cold wind whipping around made things kind of, well. miserable.

I was the only person in the pool.  It’s a huge olympic sized 50 m pool.  So of course. I thought about sharks again. 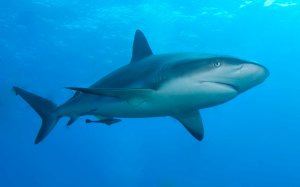 I actually struggled a lot to keep myself from having some shark anxiety.  I mentioned it to my coach who is an avid diver and I said, ” you know that vacant stare they seem to have?”  He added “right before they devour you?”  I reminded him I’d never been eaten by a shark.  He reminded me I had been, multiple times via imagination. Anyway, I just really hated that swim.  Cold.  Scary. Never so glad to be just done with it.  Plus I was still sore as all get out from tuesday.

This evening, I had a coaching session. It was focused on only a few exercises.

Deadlifts.  Really tough.  They are SO unnatural.

Maybe not for these ladies.

THe last thing was something I’ve been dying to do…Turkish getups.

I can do it all excepting the actual get up part. Oh it was so crazy.  I tried. He helped. I tried again, he demonstrated with 45 pounds, I tried.  he bust out laughing.  And all my pride went out the window.

Well, here’s hoping by the end of January a little more fitness will have returned!