I was given the go ahead to run 3 miles today.  Kinda a tester if you will.

The first mile was OK.  Towards the end of the small incline I started to note that there was some tugging and pulling in my hip/groin area. I finished to 1.5 and turned around and ran along noting the pulling and tugging sensations in the hip and knowing this wasn’t great news.

My ipod also crapped out, so I really had a solid 30 minutes of focusing on my hip.

I got back took a shower and found I was again limping and trying not to use that leg.  Ah well… went to work.

Struggled through work. If I was walking…it would be “OK”. If I sat still for too long, when I got up I would have to mince about for a bit until I finally kind of evened out a bit. 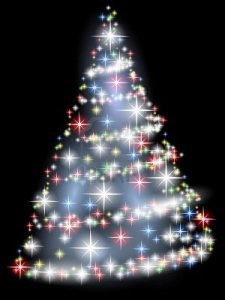 I didn’t take any motrin as I had another acupuncture appointment in the afternoon.  It is worth noting that the area he did acupuncture on felt pretty good during the run, a little sore, but that was not the lit up area…

I limped into the office and told the guy all about all of the problems I had.  I eliminated telling him that I had done the 3 miles.  The Coach knows him, and knows he is not a runner.  When I talk to him, he has no real concept of what it takes to build/maintain a running base.  SO, I go with the Coaches advice primarily.

We discussed where I was having pain, and he popped me on the bed.  Oddly he asked “how are your headaches?”  since I rarely get headaches, but sometimes do, I think I gave him the “huh” look and we moved on.  So I was like, Uh, no headaches in the past 2 days…

He popped a bunch of needles into my inner thigh and close to the insertion point of my adductor, but not right at the insertion.  Popped another bunch down in my left heel area.  This time around the needles stung a bit more.  After a few minutes under the hot lamp everything felt ok.  Sometimes I wonder if I am feeling better because he has stretched my leg under a warm lamp?

Today again, it feels FANTASTIC.  So the key will probably be not running, I have a week of swim workouts.

My Uber wonderful coach went into HUGE action last night after we chatted.

We chatted a bit more and I expressed my final fear- that I may not even have time to train for the February Marathon.  Coach looked at me and said, “I’m not committing to you not running in February right now..”

So.  Massage today by some other human.  Yikes.  ANd he will be discussing the pain control situation further with the physician.  He had this idea I could just call up the Doc and talk to him.  Ah, no….