Since Wednesday things have improved quite a bit.

I was not feeling 100% well.  My legs were doing OK, but my mind was really in a bad place.  I knew this was all my deal, so I fought it tooth and nail, which is actually VERY hard to do.  There is a reason that depressed people tend to stay depressed. 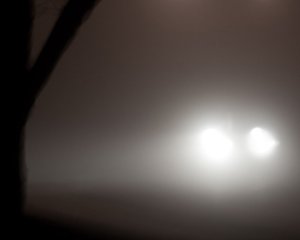 Everything felt kind of foggy and strange.

I’d go for a run and struggle through it.  It is so strange how just 3-4 weeks ago I was pounding out 20 milers, now running 6 miles turns out to be my maximum comfort zone.  Not that the 20 was that comfy, but 10-15 was surely right in there.

So I have had to accept that.

Thursday I did speed work, not the miserable 800 repeats, just some surges.  They were quite difficult, but I admit I LOVED running fast for 90 seconds at a pop…

On friday I ran out of work. I was so so sick of work.  I had finished off a project and really all I felt like doing was fooling around.  I did do work, as I always have a pile of it, but the minute the clock changed I was OUT the door.

Surprisingly, I saw my coach.  Normally on Fridays, I don’t see him so I wasn’t expecting it.  Anyway… We chatted a bit.  He is a good good person with a lot going on right now.  I expressed my feelings of everything having been going so well and then BOOM!  He was awesome.  He reminded me that the fact that things were gong that well “proves that you can do this”.  He’s just the best at coaching me.  He lets me stew in my stuff and figure it out…which sounds funny but the only way out is through…. I appreciate how he designs things, I am always challenged, but it’s generally do-able. After this point was made, I did start to feel less foggy.  Not perfect but better.

Saturday I ran 8…it was not easy.  6 were easy.  the last 2 were struggle some.  Kind of surprised me..but…the only way to build fitness again is to do it.

I had the fun opportunity to volunteer with RunDisney…for the Wine and Dine Half Marathon on Saturday as well.  We were the water at the start of the race, and boy was it busy.  We got there before most racers and set up rows and rows of cups of water.  about 2 hours later, we were trying desperately to keep up with the water demand.  A lot of these racers are from up North, so they were thinking our perfect running weather was kinda warm and humid.  My friend came with me and we had a good good time chatting running.  Somewhere in the middle when we had a lull, the team leader looked at me and said, “So I gather you are runner?”  Ha ha ha.  He couldn’t understand why we weren’t racing.  It would be the 150.00 price tag associated with the race.  Yeah, I could run like 2-3 races for that price.  Gotta say though, I enjoy volunteering at Disney.  Things are organized.  Disney really appreciates it’s volunteers and rewards us with good things- apparel, snacks and tickets.  In addition, I get to be part of the Run Disney experience without paying the price tag.  So wow, we did our volunteer thing and I got home about Midnight.  I was both tired and hungry.  It was really hard to deal with.  I collapsed into bed with an aching hip and in general feeling disoriented as I am normally in bed at 9. Woke up dehydrated and hungry, which was kind of odd since our job was at a Water station.

Finally made it to the gym at about 9am…meaning that my run would be taking place post spin at about 10 am.  The spin went slowly but felt pretty good.  My HIP was so sore, and the spinning motion of cycling always helps it to loosen up a bit, so when I got off the cycle..I was starting to feel better.  I debated doing a slow set speed treadmill run…but that made me feel wimpy, so I ended up going out on my usual route.

Yeah the first mile of a Brick these days…yowza.  It felt better than expected.  I had a VERY conservative goal- keep it all under 12 minute miles.  That turned out to be not a problem.  The sun beating down was not that great, but the humidity had burned off, so it really wasn’t that bad.  I am seeing my ability to run without walk breaks get longer and longer again.  Prior to Rhabdo, I was able to probably run a good 45 to an hour without a walk break.  Right after Rhabdo I swear it was more like run 3 minutes, walk one…Now I am at about run 15 minutes, walk half a minute.  Sometimes I have to deal with my brain…wanting to walk, when I don’t actually need to….

So all in all it was not a bad week.  I have made some progress on my “Give Christmas Away”  goal….Some food has been donated to a food bank, I did volunteer at Disney, but even though it’s volunteer I don’t feel like that brings hope to anyone…just provides a service.  And I made some contact with someone who wants to provide some cheer for the adopted unit in Afghanistan.  So Yay.  As always, when in doubt…Focus out.