So…last night, I went out with a friend.

We had not seen each other in months and months.  In fact, I had decided she was just not really available as a friend anymore and moved on. But this week in the middle of work, she called me, and she seemed to want to chat.  I was…

WORKING.  So I kind of blew her off…partly because I was focused, and partly because I was annoyed that she had not really answered my texts or anything for months.  She does not share some of my morals, and I have noted that she tends to take the easier path so sometimes I find it funny what she thinks I would do in situations…as is usually the thing, she like most of us reflects what she would do and assumes I would do the same.

But by Friday I felt a little bad so I called her and we had dinner.  She is an odd one.  Anyway, she works where I work, so we of course talked about work, life, work.  I got home late and was riled up about work.

Did not sleep that well.

Got up a tiny bit late to get myself to the gym at 0700.  I think I was lulled by the fall like weather…

Cycled for one very painful hour.  My legs were feeling every pedal stroke. 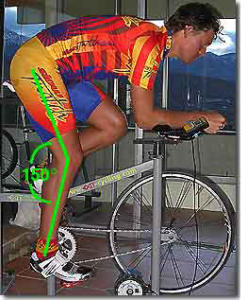 I knew with this cycle that I have kind of failed, as I always do…the rest week.  The workouts were shorter and sweet, but I really pushed the intensity of them, partly due to the weather, and just partly because I could.

I then went out in the 80 degree weather and ran 4 miles.  Not totally pretty.  I was aware that my legs were feeling the effects of the entire week, so I took it slower and did not push the pace…too much.

Several hours later, my legs are sore and achy.  THis feels the same as what I did right before my big “A” race half marathon last december….Coach gave my my first taper…I complained bitterly about it, and I do mean BITTERLY.  Poor guy.  and then I went ran hard, discovered how much faster I run off a taper…and totally toasted my legs right before the race, oops.

Luckily I do not have a race this week….and I did not toast them as fully.

Now resting them.  I went and got epsom salts for the bath and am hoping that a steaming bath with the salts will help them to feel a bit peppy in the morning, as well as what should be NOT 80 degree weather.  It’s only a long run, but I do not want to start it would with the aches I have now…

I have this sensation that my training is moving it up a notch starting tomorrow but without a plan, I am a bit in the dark.

I like not having to look ahead and think about 16 or 18 mile runs…because I do not know when they come… though I am pretty sure they will be present through September….and October, as I know I have some 20 milers in October.  Then a LOoooooong taper down through November and December, maybe….

It’s time to take that leap.