I was too tired yesterday to do a Thursday Post.

Thursday I swam about 2500 yds  and had a weights workout with the guy who writes my plan.

I’ve been a bit tired after Wednesday, SO…I decided to sleep in, and chance the pool workout in the afternoon.

That seems pretty basic right?  Two problems with the pool in the afternoon. 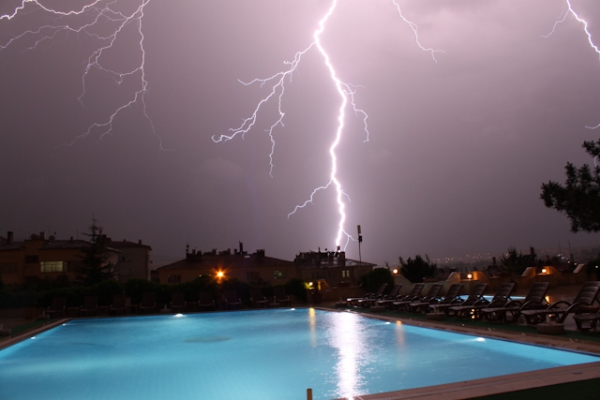 Lucky for me…Neither one occurred.

A friend joined me and she and I both were SO enjoying the workout in the sunshine!  It was SO bright.  I had no fears of large sharks or anything else from Shark Week!  So we did the workout, and broke it into 500’s so we could chat and chat after each 500.  it is fun to spend the same training time with someone else.  Especially my pal J.  as she is not competitive.

I finally got home around 6:30…walked the dog and got ready for the weights workout.

I got there with about 3 minutes to spare, so I put my legs up and read some articles for work.

Suddenly Mr. and Mrs. Coach were upon me.  Mrs. Coach persists in hugging me which I really dislike.  Firstly, she sees me multiple times during the week and does not hug me at that time…but when we do coaching sessions…she does?

Whatever.  She is an interesting person, kind of the polar opposite of me.   Not really sure why she shows up every time I have time with Mr. Coach, but she does not interact or distract him, so it’s just well, kind of odd.  But at the same time, it makes things very above the bar, and there isn’t any issue about appropriateness.  While I do not think there was ever an issue, people talk, and it’s easier if they have nothing to chat about eh? Sometimes it makes me uncomfortable, because sometimes my level of fitness shows.  But for the most part it’s just what it is.  Most people think it’s very crazy, and that she is trying to keep an eye on him.  I tend to think it’s more likely the other way around- he’s asked her to come to quell the incessant chatter that people adore.  She’s pretty secure, and I’m no threat. I do wish she’d lay off the Huggies though…

This guy is not doing it really correctly, as I was taught to do it, but its close. His language is atrocious as well.   At some point Mr. Coach said, Ok, so I basically want to see you lifting like a guy…. Yeah that made me feel a little strange.  But after a few more of these exercises, I started to see what he meant. I have not seen any ladies doing this sort of exercise at the gym…

He explained a lot about why we are suddenly working on upper body strength, to maintain some form during the end miles of the marathon.  Makes sense.

I got home feeling kind of sore and worried about Fridays Speed session, but…I managed to still fall asleep exhausted…