Well, it was faster than my 17 miler.

I went to Fleet Feet in Altamonte springs looking for KT tape on Saturday to help with the run.  I admit, my first trip to Fleet Feet, I was Super Impressed.  This time, not so much.  The person who greeted me actually kind of followed me around the store a little too much- you know there is a fine line between being helpful, and allowing someone to browse.  I may have actually left with more than what I did, but every time I tried to stop and look at apparel, the man just kind of looked at me and tried to steer me to the cash register.  He had no people skills whatsoever, plus he seemed like, SO CHECKED OUT.  I felt like he had no idea what he was talking about, and that I could give better advice than he was attempting to give me.  (Yes, I checked out the nutrition section again and was once again told to “try some gu” The sales person admitted that he really had never tried anything but Gu himself…impressed much, not.)   Do people who work retail not really learn what is available?  It seems so strange that he was so ill informed…and kind of like a space cadet.  He didn’t even seem to really understand the products that the store did carry.  I am noting that in the nutrition area at all of our stores in the area, knowledge is really lacking.  There is MORE than GU for sports nutrition.  But I bet Gu sells.  All of this said, I’m sometimes kind of a Bitch, and with the slight moment of overtraining that I am in, combined with work stress and general tiredness from training…well…he would have had to have been a lot better for me not to think he was the village idiot.

I wanted to talk to someone about the shoes that they had sold me a month ago with the insoles.  I think the insoles are one reason why I now require like half a roll of KT tape for running.  FINALLY, I caught the eye of someone who seemed not to be so checked out.  This guy was improved.  He looked at my shoes and noted the wear was OK, asked a bunch of questions about the insoles and then told me to try them again (RIGHT…so my other leg can end up swathed in KT tape.)  and if they still don’t work to bring them in for store credit.  THAT IS NICE!  they custom cut the insoles and my feet are so small that it’s unlikely they will be able to resell them.  If I ever travel back there again, I will return them.  I was so much less impressed it’s unlikely that I’ll make that trip.  Actually if I could be gaurenteed, not to have to deal with that one dude again, I’d be fine with them.

Another disappointment  was that Fleet Feet is listed as a Seller of KT tape.  They do not sell KT brand tape.  They sold some sort of thing called Rock tape.  I bought some because heck, I drove a long way and needed tape.  It isn’t nearly as nice as KT tape.  even the super sticky is not as sticky.  SO why why are they listed as sellers when they do not have the product.  KT is nice and precut, and easy to apply.  The Rock tape had to be measured and cut and was actually still pretty easy to apply.  I actually have no complaint really about rock tape, but I will probably go with the KT brand tape in the future, because it comes in “Skin tone” colored tape.

OK, Rant over….It’s hard to run a business.  People hire all sorts of folks, and not all of them are going to be good at their job.

I had to put the tape on myself.  I watched a few videos on Youtube and applied it.  I think I actually have some mad skills at putting this stuff on!!!!  Either that, or it just isn’t that hard to place.

Within a few minutes I had taped both my ankle and for grins, decided to put a stabilizing tape on my achilles.  Felt pretty good.

Last night I just did not want to go to bed.  I was maybe a bit wound up from the fun I had Lucky’s Lake Swim.…or just because I wanted to watch TV.….Mulan was on.  I rather like that animated film… 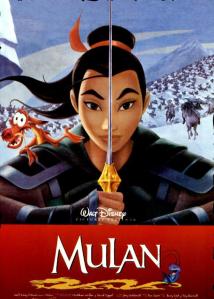 I find it very sad that when all the other disney women are celebrated, she is not.  I love the story of Hua Mulan, the REAL hero.  and the animated version is fun too.  So I watched it and went to bed kind of late.

I got up early and ate Oatmeal.  Got all ready to run and went out and hit the trail. As usual, I was the only car in the lot when I arrived.

I ran,  through Oakland, Fl,  Through Winter Garden Fl, to Ocoee, Fl.  I started in a fairly suburban area, and ended up near a horse farm smelling manure.  All went really really well for the first 10 miles.  I was feeling fine.  A wee bit tired and kind of achey, but considering how tired I’ve been…I started to think this was gonna be a really nice run.  Yeah. well.  About that.

Somewhere around mile 12, I started to feel crappy. 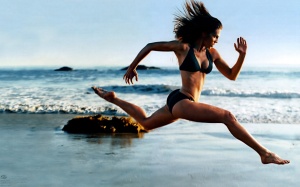 In fact, I am not sure what I looked like.  Funny thing at this juncture, some other runners turned onto the trail from a neighborhood sidewalk.  I’m feeling like well…Awful, and I’m pretty sure I had covered more miles than they had.  I ended up passing both of them, which I admit felt GOOD.  I have been working.

So I ran to 12, and made it to about 12.7 when I just HAD to WALK a bit.  My time sufferred.  After that, nothing felt good.  My breathing, my legs.  Nothing in particular hurt, but everything hurt.  My head hurt, my legs hurt, my hair hurt.  I didn’t want my music, but I didn’t want silence.  I didn’t want to drink anything, but forced myself to in case it was a hydration issue.  The miles continued to tick downwards.  I just kept doing this run/ walk run thing.  My times really slowed, and I was feeling quite annoyed, but what can one do.  My car was at the parking lot.  Eventually I did make it up the final hill (at mile mark 17.75…great place for a hill actually)  and down to the other side.  I sat and then stood.  I wanted to moan and groan, but there wasn’t anyone I knew out there.  Plus they were all looking at me as if I was a Zombie. 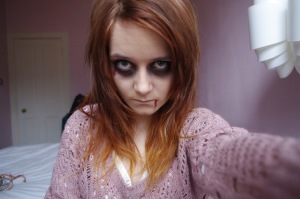 I did not.  Instead I took off one of my two shirts and went on and had a bagel.

18 in the bag, slower than I wanted.  Not the end of the world.  I can not for the life of me imagine how I will tack 8.2 more miles on there.