So Day 34 of marathon training was Alright.

I arrived at the gym late.  I had thought to download some episodes of Castle to watch while spinning.  I, having never downloaded a TV show, mistakenly thought it would take only slightly longer than downloading a song…which I have done.

It took over an hour.   I initially decided to wait the hour since I was up early.  I did some dishes, folded laundry, updated some things…reorganized some things.  When the one hour was up, then I bumped into saying it needed another hour.  I decided heck, i needed to go.

I arrived just at the scheduled spin class was to start and I thought Genius!!!!  A great way to get in about an hour of cycling with some good music and others.  Right!

The instructor failed to show up this weekend.  So after fiddling around for a bit, and finding they wouldn’t just give us the good music…so we could turn down the lights and do our own spin, I ended up doing a sweat fest on the stationary out in the regular gym.  I wanted to count my miles. 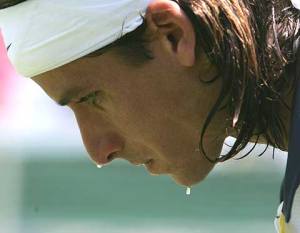 And Sweat and sweat and sweat.  I had a puddle on the floor when I finished.  I was pretty pleased with the spin session.

Then I went to do my one mile run and I found that was less successful.  My left ankle/lower leg is still stiff and strange.  It warms up after 1-2 miles in a longer run.  On a one mile run.  OUCH.  In addition, my Garmin did something strange.  I was running along at a not fast speed, looked down and it said average pace: 7:35mm.  Yeah right.  It then proceeded to jump from 0.11 mile to suddenly 0.24 in a matter of about 15 seconds.  By the time it said I was at a Half mile, I was actually at what is usually 0.30 on the run.  So I ran to where 0.50 is usually and turned around and came back.  Hate when the Garmin messes up.  I know it isn’t that accurate ANYWAY, but…it is what most of us use to help with miles.

So that was my day.  After all that I was starving.  Had a hamburger, yes really.

And then went to the car dealership to deal with the much needed oil change, and apparently some recalls. 4 hours later….my car is running better.  My temper was lost at 3 hours and 45 mins.  Luckily they are building a dealership near my home, so next time I can drop off the car, and go for a run….rather than sit in a room with screaming children, coughing children and adults, and a man who thought it was particularly OK for him to broadcast his game with no headphones over his mobile device….

Today is the Mac Daddy long run, and I am afraid.