What I did this week by Mizunogirl

I had kind of a bang up week.

Monday I ran 3.5 miles.  It was supposed to be a “conversation Pace run”.  I admit, I went out there and everything was feeling pretty good, I ran a really hilly route, and found Amazingly that all the hills were not as hard as I remembered them.   I think running on the Clay trail has helped immensely.

So it ended up being my fastest run in 4 weeks.  If I had tried to have conversation it would have been like this:

Tuesday I did the weights and a swim.  I had not slept well so the weights were a chore and the swim was worse.

But it got done.

Wednesday I did my tempo run. 46 mins on a Treadmill.  On Wednesday I remember wondering if my Hip would function all the way through the run so who knows when it really started to be an issue.  I talked to coach about the hip and he asked me “Well what does it feel like”  I struggle to describe symptoms.  I thought maybe it felt like a good stretch would take care of it.  He showed me bunches of stretches. They sort of helped.

Thursday, it was a big issue.   It felt kind of bad, tight and lit up.  I did the weights workout but had to skip parts of it because my hip was not liking impact. I skipped Mountain climbers.  I also Cycled extra,  got a big thumbs up from Skeletor….not really sure what to interpret it as but thumbs up is generally a good thing.

Friday I got off work early. I went to the track, it was hotter than Heck, and I tried to run my 400 repeats.  I ran the one mile warm up, and everything hurt. I went to see Skeletor, and he really could not see me as he was at work, working.  He told me not to run my long this weekend, but to pool run it.

I like a fool, went back to the track in a few hours, ran the 400’s at the set paces.  Hurt like the dickens.

then I stretched and hung out with a friend.  Why I felt the need to run these 400’s is beyond me.  Too often we feel if we miss a workout, our entire plan is doomed. 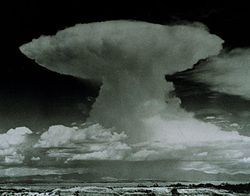 Yes this is a real cloud to learn about it…click here!

Saturday, I did a 50 min spin and a 30 min swim.  Hip was improving.  I also assisted a friend at the track for a speed test.  She’s been working hard, but failed.  She then sat there in tears because her shins are miserable.  Looking at her, I realized that I could actually do a pool run…not a long run.

Pool running is not that fun but it does provide an excellent workout.  The problems I experience with it are that my heart rate rarely gets elevated above 100, and I have trouble duplicating the intensity of a run. But it is a very viable alternative to running on ground.  I actually did not get bored for my 2 hours. I just thought about who had not gotten the Flu Vaccine yet and how I would corner them!  I also thought about form, following the instructions in the post I have linked to.  What I forgot to think about was sunscreen.